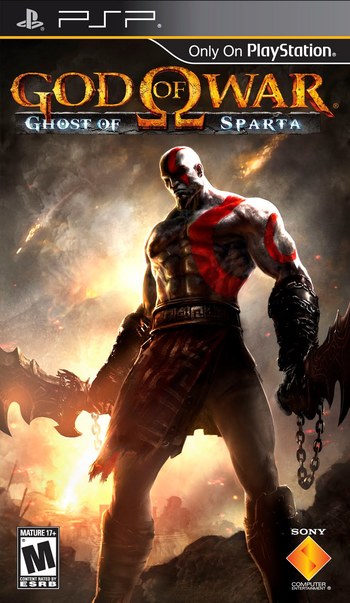 "A Spartan never lets his back hit the ground. Right, brother?"
— Deimos
Advertisement:

God of War: Ghost of Sparta is a God of War video game released for the PlayStation Portable in 2010, set in-between the events of God of War and God of War II.

It starts with a flashback to Kratos' childhood, in which he trains with his brother Deimos. Deimos is believed to be The Chosen One who will topple Olympus, and so he is kidnapped by the gods, particularly Ares. Years later, Kratos, now the God of War, decides to find out what became of his brother.

God of War: Ghost of Sparta contains examples of the following tropes: