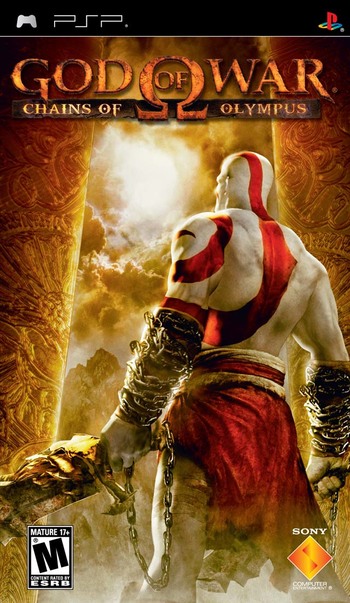 God of War: Chains of Olympus is the fourth (chronologically second) installment in the God of War series, released for the PlayStation Portable in 2008.

Taking place ten years before the original God of War, Kratos curses the heavens after two months of servitude to the gods. To his surprise, the sun suddenly explodes and quickly plummets to the ground, sending him on a strange adventure to save the sun god Helios, as his absence is allowing the dream god Morpheus to put several other gods to sleep.

Chains of Olympus contains examples of the following tropes: