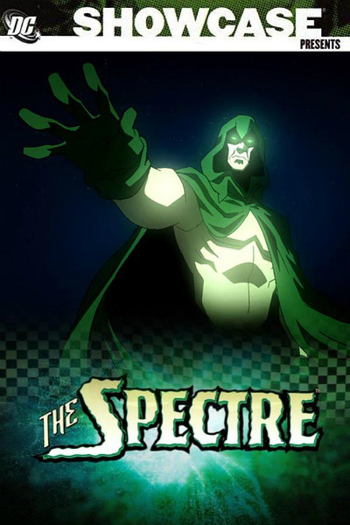 DC Showcase: The Spectre is a DC Comics short film about The Spectre.
Advertisement:

Jim Corrigan (Gary Cole) is a private detective investigating a murder mystery. Secretly, he's the Spectre, a phantom of vengeance, seeking to bring justice to those guilty of crimes.