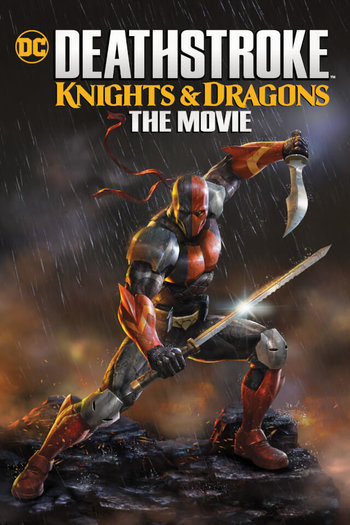 Ten years ago, Slade Wilson—aka the super-assassin called Deathstroke—made a tragic mistake and his wife and son paid a terrible price. Now, a decade later, Wilson's family is threatened once again by the murderous Jackal and the terrorists of H.IV.E. Can Deathstroke atone for the sins of the past-or will his family pay the ultimate price?

Deathstroke: Knights & Dragons is a 2020 animated web series from DC Comics starring Michael Chiklis as the titular mercenary. Other characters include his wife and son Adeline and Joseph Wilson, The Jackal, high-ranking member and leader of the global terrorist organization HIVE, Slade's old friend Wintergreen, Bronze Tiger, and Shiva. The first episode was released January 6, 2020, running for 37 minutes, before eventually getting a DVD release with the other 50 minutes, all compiled into an 87-minute movie.