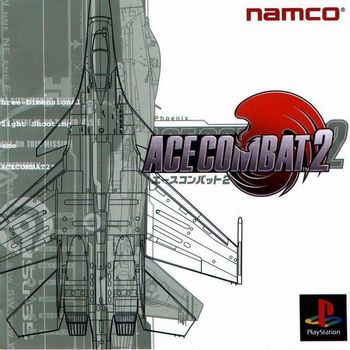 The second game in the Ace Combat series. Released in 1997. You fly as the leader of the Special Tactical Fighter Squadron "Scarface" to thwart a rebellion across the continent of Usea.