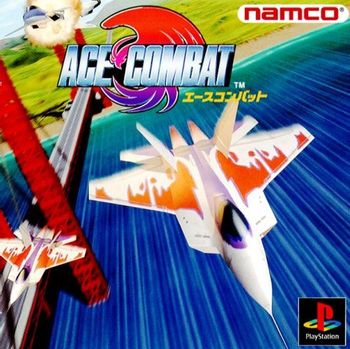 Lock on and unleash the most devastating firepower in the skies.
"Win one for the free world. Good hunting."
— Back of case
Advertisement:

The first game in the Ace Combat series. Released on the PlayStation in 1995, which was meant to be a port of the 1992 arcade game Air Combat (which spawned its own sequel, Air Combat 22, also in 1995). You fly as the leader of an elite mercenary unit out to stop a terrorist threat.

Tropes pertaining to the PS1 version: