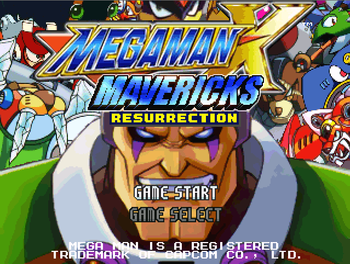 The title screen of the first game.
Mega Man X: Mavericks, commonly abbreviated as just Mavericks, is a quadrilogy of fan games made by Maddrex77. Programmed in RPG Maker, it's based on the Mega Man X series while drawing elements from just about every other Mega Man game series.

Games in the Series (contains spoilers)

The games can be downloaded here

Tropes for the Mavericks games