One Game for the Price of Two 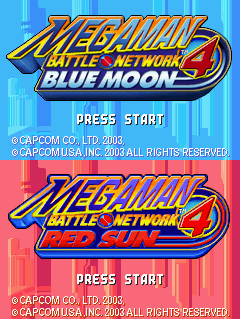 So you Gotta Catch Them All, eh? Well, the Marketing department has come up with a wonderful way to encourage social participation! They'll divide some of the game's content (characters, mons, subplots, or so on) between different cartridges!

Sure, you can still play the game by yourself, beat the Final Boss and watch the credits roll, but the only way to get true 100% Completion is to find other people who have purchased the other versions (or simply buy the other versions yourself) and trade your exclusive content for theirs. This is particularly common with Mons games.

Of course, this means that those same characters, subplots, and Mons are now effectively interchangeable in the overall scheme of things, thus making characterization inconvenient. Also, anyone who doesn't have access to large gatherings of people with the other versions of the game is likely screwed.

And of course, if you want to acquire both versions yourself, this not only means twice the money (to purchase them with), but twice your free time (to actually play them).

Compare the Old Save Bonus, where you need to interact with a separate game (generally of the same company) to unlock certain content, which is usually not central to gameplay but may be necessary for 100% Completion. Also compare Socialization Bonus, where it's the same game for everybody, but you still need to "connect" with someone else to unlock ... something.

Related to Player Data Sharing and Version-Exclusive Content, as both are generally needed to enable this trope.

Please note that this trope is a case of Americans Hate Tingle to some extent, as due to higher population density and the extreme popularity of handheld consoles it's much easier to find others with the required game in Japan. Which, naturally, most examples here originate from.