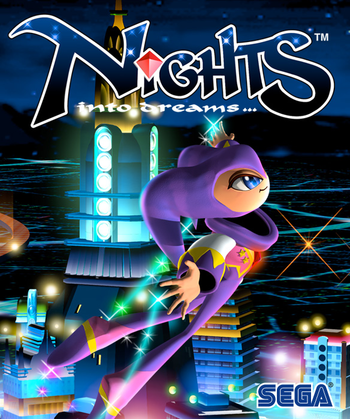 In the nights, dream delight
I want to see you standing there
"The part I feel most proud of is that we succeeded in affecting people without using words."
— Yuji Naka
Advertisement:

After the initial game's success, a spinoff titled Christmas NiGHTS was developed, featuring an extensive Holiday Mode remix of the game's first levels. A six-issue miniseries by Archie Comics was published in 1998, and "The World of NiGHTS into Dreams..." made an appearance in the Worlds Unite crossover event, also by Archie. NiGHTS became a featured character in other Sega games, particularly crossovers with Sonic, and became somewhat infamous for having more appearances in other games than his own series.