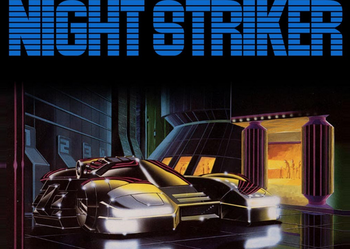 Night Striker is a 1989 arcade Shoot 'Em Up by Taito. The player controls Inter Gray, a Flying Car to shoot down a terrorist organisation that have taken over the city. It was ported over to the Sega CD, Playstation and Sega Saturn in 1993, 1995 and 1996 respectively.

Not to be confused with Night Driver, another game featuring cars driving in the night.