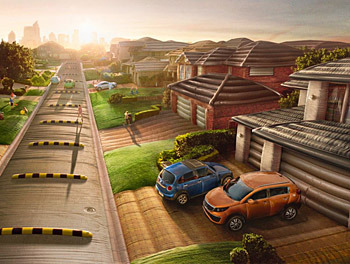 A common cartoon trope where things looks normal, but have properties like rubber. This can allow for some fun and strange things to happen, such as bouncing off of rubbery buildings or even planetary rings.