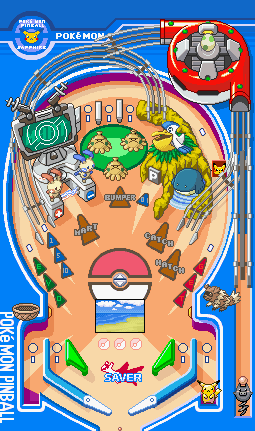 So, you've managed to create a successful video game series. The fans want more, and your publisher wants you to put out another title as quickly as possible. What to do?

You make a Pinball Spin-Off, that's what. Pinball games are as simple to design as they are addictive, and are incredibly easy to shoehorn characters into. A Pinball Spin-Off game is a perfect way to satisfy everyone between actual game releases.

Keep in mind that this trope only applies to spin-offs from video game properties, not licensed pinball games as a whole. If only part of the game is pinball, then it's a Pinball Zone.