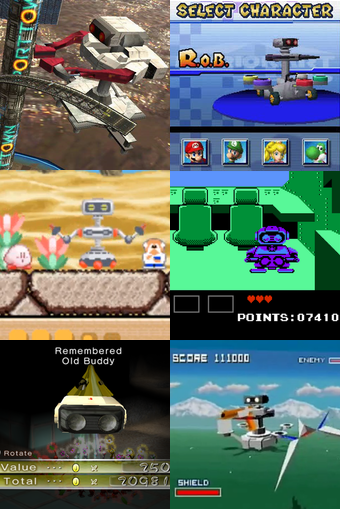 Plenty of characters appear in crossovers and cameos. Sometimes, however, a character will have more cameo appearances than otherwise. This is where this trope comes into play. A non-Public Domain Character appears more in crossovers than they do in their own series (assuming they even have a series to begin with).

This trope can easily invoke Marth Debuted in "Smash Bros.", Adaptation Displacement and Iconic Character, Forgotten Title. A character might only have one or two titles to their resume, so most people first learn of them from their cameos. Mascots have a good chance of becoming this, especially if they hail from long dead franchises or are not interesting enough to carry a series on their own.

Compare to Wolverine Publicity, for cameos driven by character popularity, Public Domain Character, for those who can cameo freely due to not being owned by anyone, and Continuity Cameo, if this guy's purpose is to establish continuity between different works. Also compare Adam Westing.