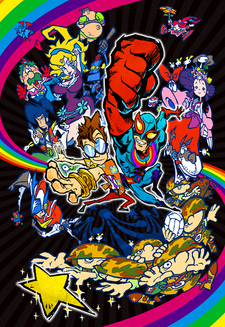 The main character is Nick, a television Tokusatsu action hero whose popularity is waning. To renew his vigor, he goes to the magical Minmin Island where wishes are granted. There he finds a host of obscure and forgotten Nintendo characters, most of them down on their luck and seeking to have their wishes granted as well. Nick transforms into Captain Rainbow and uses his Yo-Yo and stylish action moves to solve puzzles and help out the islanders.

One might find interesting the fact that after a few years a game about an isolated land of obscure and forgotten Nintendo characters, a new Disney game with similar themes was released.

After years of hiatus, a fan translation site Kirameki

has now begun developing an English and Italian fan translation patch for the game.