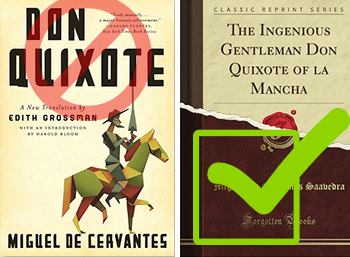 Sometimes, the title of a work overshadows the main character. It's hard to fault someone (even though people do all the time) for assuming The Legend of Zelda stars a green-clad elf named Zelda for both this reason and the fact that the game features no elves at all.note If you want to nitpick, they have pointy elf ears but otherwise human bodies and personalities. The title of a work can be heard so much that the character names become footnotes in comparison. This is I Am Not Shazam.

But what happens when the opposite occurs? What about when you've got an iconic character, the subject of a million parodies, whom anyone can caricature at a moment's notice, but no one can remember the name of the work they're in? You've got this trope. Iconic Character, Forgotten Title covers those character names that overshadow the title of their story.

Often, this will be lost in foreign language translations which use the character's name as the title instead of translating the original one.