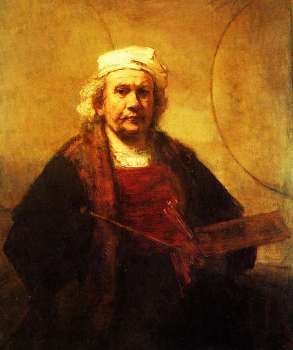 Rembrandt Harmenszoon van Rijn (15 July 1606 – 4 October 1669), better known as "Rembrandt" was a Dutch 17th century painter, widely regarded as one of the greatest in his field. He is revered for his realistic and lively portrayals of people and nature, showing a warmth and humanity that is admired to this day.

Rembrandt was also an innovator, far ahead of his time. Later in life he experimented by using expressive brush strokes that gave his work a more coarse look when viewed in close-up. From a distance they still looked magnificent.