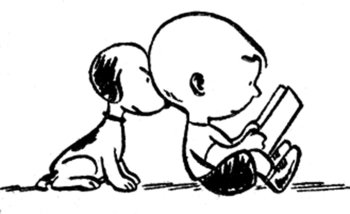 Li'l Folks is the first comic strip by Charles M. Schulz. It was a weekly panel comic that mainly appeared in the women's section of Schulz's hometown paper, the St. Paul Pioneer Press, beginning in 1947. He was credited under his lifelong nickname Sparky.

In early 1950, Schulz quit the strip after the editor refused to increase his pay from $10 and also refused to move Li'l Folks to the comics pages of the newspaper. Later that year, he successfully pitched Li'l Folks to United Feature Syndicate for national distribution. Afterwards, he did some retooling of the concept, including switching from several single-panel gags placed together to a four-panel narrative format, and using a set cast instead of random nameless characters. However, editors found the name Li'l Folks too close to the names of two other comics of the time, Li'l Abner and Little Folks. To avoid confusion, the syndicate changed the name and Peanuts was born.

Schulz reused many elements from Li'l Folks for Peanuts, such as Charlie Brown's name and Snoopy's design.

Li'l Folks has been released twice: once in 2003 in the Li'l Beginnings collection and once again in 2016 in the penultimate volume of The Complete Peanuts.