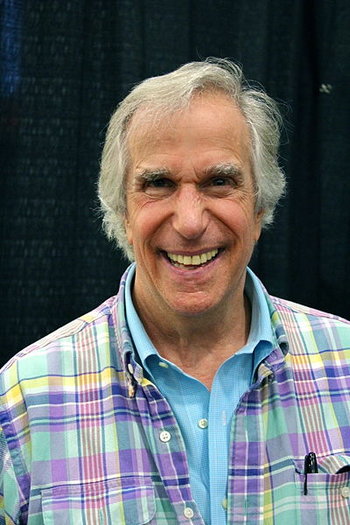 Ayyyyyyyy, Winkler!
"To me acting is like a jigsaw puzzle. The jigsaw puzzle is of the sky and all the pieces are blue. Out of this you have to create a human being and put it together."
Advertisement:

Henry Franklin Winkler (born October 30, 1945) is an American actor, comedian, director, producer, and author best known for his early role as Arthur "The Fonz" / "Fonzie" Fonzarelli in Happy Days. Later on, Winkler became known as a producer, overseeing such shows as classic adventure series MacGyver (and its 2016 reboot).