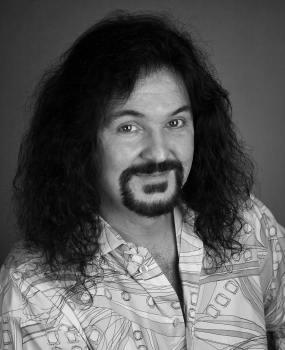 Wallace E. "Wally" Wingert (born May 6, 1961 in Des Moines, Iowa) is a LA based American voice actor, actor, singer and former radio personality best known for his roles as Hank Pym (A.K.A Ant-Man/Giant Man/Yellowjacket) and M.O.D.O.K. in The Avengers: Earth's Mightiest Heroes!, Marvel vs. Capcom 3, and Marvel Heroes (only as Hank Pym and his version of Ant-Man), Renji in Bleach, and Kotetsu in Tiger & Bunny. He's also the former announcer for the Tonight Show with Jay Leno. He's been in the industry for a good number of years and has some surprisingly good range.

ROAR, ZABIMARU!
"Explore! Find my challenges! And when you fail to solve them and lie blubbering like an ignorant child on the floor, you will know, that the Riddler is better than you!"
Then let me have YOUR soul so you can be a part of me!