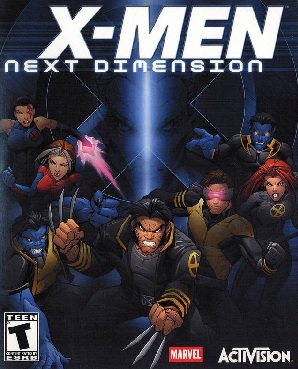 I promise this is gonna hurt. A LOT.
Advertisement:

The gameplay is fairly complex, and reminiscent of the Street Fighter and Marvel vs. Capcom style command inputs. Each character has two punches, two kicks, a throw and a counter, combos and special moves, midair motion (including flight for some) and attacks, and Supers of Projectile, Physical, Attack Throw and Unique varieties. The fighting stages are fully 3-D rendered stages with their own layouts. It is possible to knock an opponent to a different part of the stage, which also functions as an individual stage.

There are 24note 25 on Xbox, which has Pyro as an exclusive characters in all, including some unlockable and secret characters. Many of the characters have unique attributes specific to their own mutant abilities; ranging from Wolverine's Healing Factor Super Move, Nightcrawler's teleport attack and Rogue's power-stealing kiss, to Bishop's energy attack that becomes stronger the more damage he takes and The Blob's imperviousness to throws.

The story mode borrows elements from two storylines from the comics. The mutant-hating robot Bastion pays the Brotherhood to attack the X-Mansion while his Prime Sentinels capture Forge. Bastion uses a Mind Probe on Forge to extract the plans for the "Neutralizer" gun that disables mutant powers and sends a fleet of upgraded Prime Sentinels to bring all mutants down to normal. The X-Men and the Brotherhood, after some misunderstandings, team up with each-other to stop Bastion once and for all.