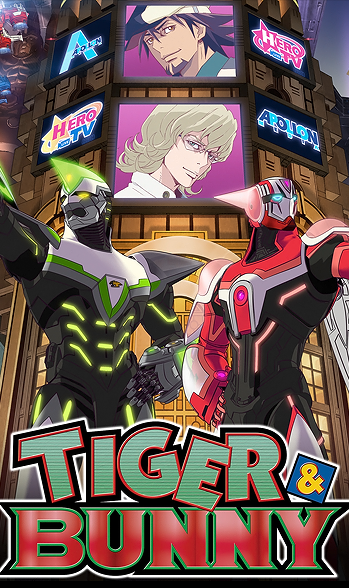 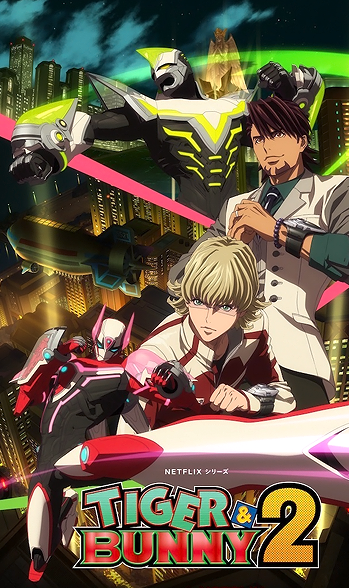 In the fictional metropolitan city of Sternbild, superpowered humans known as "NEXT" have been appearing for the last forty-five years. Some of these "NEXT" have chosen to use their powers to become Corporate Sponsored Superheroes, fighting crime and saving lives while sporting logos on their suits and raising the profiles of their sponsors.

Documenting all of this is the mega popular Reality TV show "HERO TV", which awards "Hero Points" for heroic deeds such as apprehending criminals and saving civilians, with the coveted title of "King of Heroes" going to the crimefighter with the most points at the end of the season.

One such hero is Kotetsu T. Kaburagi (a.k.a. "Wild Tiger"), a veteran superhero who relies on his gut instincts and years of experience to fight crime. Though obligated to work for the best interests of his sponsors, Kotetsu follows his own code of honour, putting his heroic responsibilities over showmanship and saving people regardless of collateral damage to public property, earning him the (begrudging) nickname of "Crusher for Justice".

Due to his lack of popularity, Kotetsu is forced to team up with Barnaby Brooks Jr., a rookie hero who has the exact same power as him, and whose cynical and modern approach to crimefighting clashes horribly with Kotetsu's old-school sensibilities.

Directed by Keiichi Sato, featuring original character, and hero suit designs by Masakazu Katsura, and animated by famed studio Sunrise, Tiger & Bunny premiered in April 2011 in Japan, and is simulcast in North America by Viz

Media), in France by KZPlay

, in the UK by Anime on Demand

, and in Australia by Siren Visual on ANN

The English dub premiered on October 2nd, 2012, on Neon Alley. Technically, as "All's Well That Ends Well" was the first episode of any show to run all the way through without major technical difficulties, it was the premiere piece for the whole Neon Alley channel.

for the franchise. The first feature, Tiger & Bunny: The Beginning premiered on September 2012, is a partial Compilation Movie of the first two episodes with added new content and a new villain, while the next one, Tiger & Bunny: The Rising is a sequel to Season One released on February 8, 2014,

with a planned 25 episodes in total. The first 13 episodes has been released on Netflix on April 8, 2022.

of Tiger & Bunny at New York Comic Con in 2015. As of May 2016, all we know is that it will be produced by Brian Grazer, Ron Howard, Sandy Climan, Annmarie Baile, and Masayuki Ozak.

Late Arrival Spoiler Warning: Given the long Sequel Gap between Seasons One and Two, spoilers are bound to be present and lifted.

open/close all folders
The Series in General
Season One & The Beginning
Movie: The Rising
Season Two