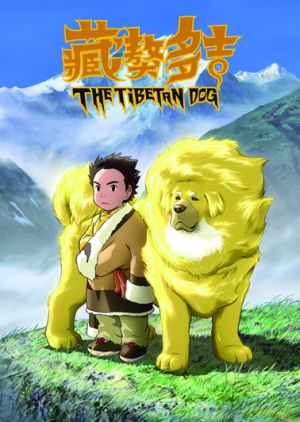 The Tibetan Dog (Chinese: 藏獒多吉; Japanese: チベット犬物語 ～金色のドージェ～) is a 2011 Chinese/Japanese animated film directed by Masayuki Kojima, co-produced by Madhouse, China Film Group Corporation and Ciwen Pictures. It features a young boy named Tenzing leaving for Tibet after his mother passes away to live with his father in the prairies, where he eventually encounters a true friend in form of a golden Tibetan Mastiff.