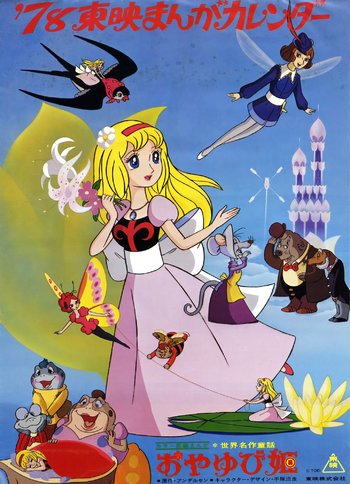 Unrelated to the 1992 Thumbelina: A Magical Story, although both of them are adaptations of the same story.

The adaptation contains examples of: