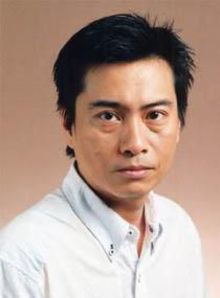 Many years ago...there was this man... Well...this man is just the one about to described right now.

Hiroaki Hirata, born August 7, 1963, is best known for voicing Chivalrous Pervert characters like Sanji in One Piece and Gojyo in Saiyuki, as well as his more recent The Rival forte, including Vergil from the Devil May Cry series and Jetstream Sam from Metal Gear Rising: Revengeance. Also as The Narrator and Leomon in Digimon Adventure. He's also the official dub artist for Johnny Depp and Matt Damon.

He has won the 6th annual seiyuu awards for

Foolishness, Troper. Foolishness. Might controls everything and without it you can't prevent this site from ruining your life.