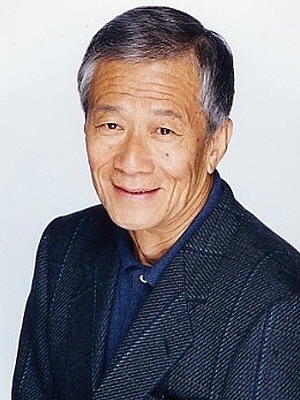 Jōji Yanami (八奈見 乗児) (August 30, 1931-December 3, 2021) born Shigemitsu Shirato (白土 繁満) on August 30, 1931 in Tokyo, was a veteran seiyuu. And by "veteran", we mean veteran; he started working in 1963, when popular TV Anime first started to become a thing. That's right, this guy was working for as long as anime has been a thing, plus or minus a couple of months, and seemed to show no sign of stopping in his eighties.

In 2015, he had to take an indefinite medical leave. As such, his ongoing roles (especially as the narrator and King Kai on Dragon Ball) have been recast essentially retiring from the biz.

His Ad Libbing is legendary, and in several cases (especially the Time Bokan series) his characters and roles began to be written with deliberately sparse "Harpo Does Something Funny" lines for him to work in. He is best known for his roles in the Time Bokan series and as the Narrator for the Dragon Ball series.

As a funny little bit of trivia, one of the debug rooms in Castlevania: Symphony of the Night has a rant by him playing in the background

He died of natural causes at the age of 90, may he rest in peace.