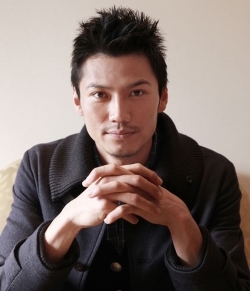 Alright, time to cash in!
Advertisement:

Hiroaki Iwanaga (岩永 洋昭 Iwanaga Hiroaki), born November 23, 1979, in Hasami, Higashisonogi District, Nagasaki Prefecture, is a Japanese model, actor, and voice actor affiliated with Office Junior. He has performed various roles in toku shows such as Kamen Rider, and has provided the voice of Guts in all adaptations of Berserk since the first movie was released in 2012.