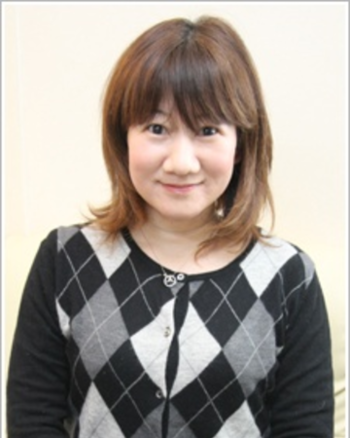 MRS. YAJIMAAAAAAAA! COME HERE AND TALK TO US!

Born in Nishizawa on May 4, 1967, Akiko Yajima had the good luck of debuting in a main role: as the Idol Singer Eriko from Idol Densetsu Eriko. Ever since then, she usually plays three type of roles: cute little boys who might have more depth than you think, Mouthy Kids, and soft-spoken but strongwilled girls. Said girls may or may not find themselves opposite a more cynical character played by fellow voice actor Naoko Matsui.

Title Character Shinnosuke "Shin-chan" Nohara of Crayon Shin-chan was, and still is the most iconic role of her career, but has officially retired her role as Shin effective as of July 2018, and he's now voiced by Yumiko Kobayashi.