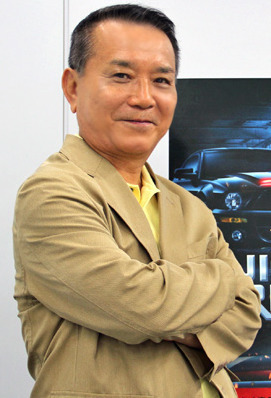 Akio Nojima (born April 6, 1945 in Tokyo, Japan) is a Japanese seiyū. He is the father of voice actors Hirofumi Nojima and Kenji Nojima and is employed by talent firm agency Sigma Seven. He is most known for the roles of Saga in Saint Seiya and the Japanese voice of KITT in Knight Rider. His roles in general are the Big Bad or Large and in Charge.