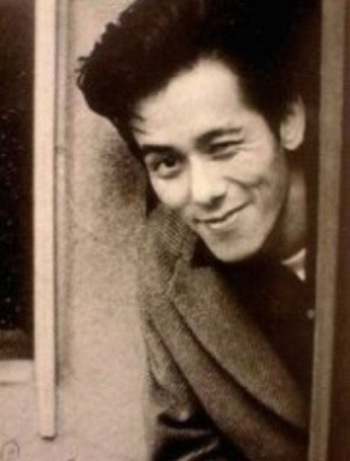 Yasuo Yamada was a Japanese voice actor born in 1933 in Tokyo, Japan.

Yamada left the faculty of literature of Waseda University and performed in many stage, radio, and television productions. He provided the Japanese dubbed voice for Clint Eastwood, Jean-Paul Belmondo, and Graham Chapman, but by far his most well-known role is that of the titular character of the Lupin III series, which he played from 1971's "Green Jacket" until 1994's Dragon of Doom.

In March 1995, Yamada suddenly died of a brain hemorrhage at the age of 62. This was only a month before the fourth theatrical film, Farewell to Nostradamus, would have its voices recorded – making it the first Lupin film (and only the third Lupin animation of any kind) without him. At the end of the credits of the film, there is a tribute: "To Yasuo Yamada, Eternal Lupin the Third: Thank you!".

Since his death, comedian Kan'ichi Kurita has taken over the role of Lupin the Third – Kurita had won a Lupin impression contest a few years earlier, at which Yamada had been one of the judges. It turned out that Yamada had explicitly requested in his will that Kurita be the one to Darrin him should he die.