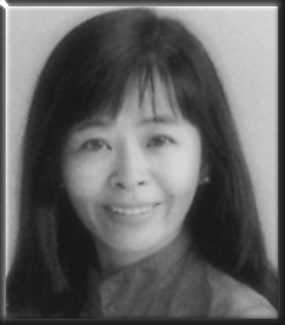 Yumi Shitsukawa (December 4, 1946 – February 28, 2003), better known as You Inoue, was a voice actress known by Gundam fans as the voice of Sayla Mass and Haro, and of the Patlabor fandom as Kanuka Clancy.
Advertisement:

Her roles were usually of The Ojou, though she did play against type and even has more than a few male roles on her resume.

She was also known among her peers for frequently going on trips overseas, which lead to Sayla having reduced appearances in later UC Gundam installments and her being outright replaced as Ran in Urusei Yatsura.

One of her last roles is of Ryou Bakura of Yu-Gi-Oh! note  (specifically the 2nd series, aka the one everybody knows via 4kids) . She was diagnosed with lung cancer in 2001, and passed away from the illness in 2003.