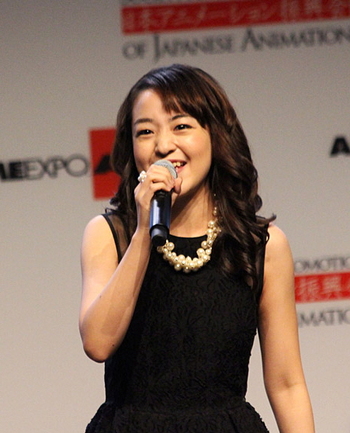 Can you hear me? Describe Miss Han, Han Megumi. I mean Megumi Han?

Megumi Han (born June 3, 1989) is an up and coming seiyuu most famous for voicing Gon Freecss in the 2011 iteration of Hunter × Hunter, and Atsuko "Akko" Kagari from Little Witch Academia. Seems to be developing into a Cross-Dressing Voice actress. She is the daughter of Keiko Han, herself a rather famous seiyuu.

Tropes Associated With Her