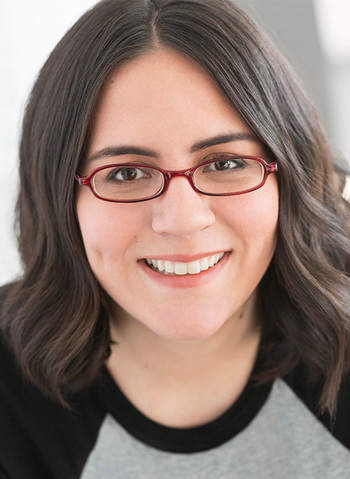 "A lot of the newer actors and actresses as of late, you can kinda tell when they're starting out and when they've been around for awhile because you can tell the people who've been around awhile; they like their stuff, but they don't seem to be in love with it. Erica Mendez is one of those people that started a couple years ago and is the biggest fan of her own work ever because she has a shelf of everything she's done..."
—Andrew, Dub Talk Podcast 049

Erica Mendez (born February 13, 1988) is a voice actor residing in Los Angeles. She has gotten a lot of popularity thanks to her breakout role as Aladdin as well as her role as Ryuko Matoi. She also worked in many video game and web animation works as well.

account. Not to be confused with a singer of the same name

Master Billy, look at the list of my Notable voice roles:

uhm, Senpai. Here is the list of my Tropes: