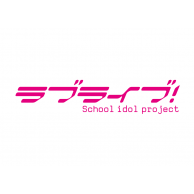 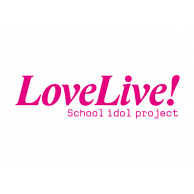 The franchise revolves around the concept of "school idols" note Not to be confused with a School Idol, ordinary schoolgirls in Japan who become amateur Idol Singers and bond together to make their hopes and dreams come true through heart, friendship, and music. Each series follows a different group of school idols at various fictional high schools across the country, with each group starring a unique and colorful cast of girls. Originally starting out through animated music videos and fictional biographies in Dengeki G's magazine, the series initially failed to garner popularity, but has since blossomed into a massive multimedia franchise with short stories, music videos, music CDs, actual live performances by the voice actresses behind the main characters, anime, manga, light novels, and video games.

Due to its heavy focus on the multimedia aspect, the franchise carries some multiple unique traits distinguishing it from standard idol anime. Most notably, many portions of the franchise involve heavy Audience Participation through reader voting games held in Dengeki G's magazine, such as the names of schools and groups, subunit members, centers for upcoming singles, and more. The voice actresses for the characters are also a visible and prominent part of the franchise, being marketed as somewhat real life versions of their respective characters. They function the same way other idol groups do, by doing things like informational livestreams, meet and greet events and perform at their own concerts. The franchise is also known for appealing to a wide audience unlike similar anime in the genre, including children. The series aired on Disney Channel in Japan, and there are children's books

The first series, Love Live! School idol project, follows the adventures of "µ's" (pronounced "muse"), a fledgling school idol group in Tokyo, as they try to save their school from closing due to lack of students. In 2016, µ's performed their Final Live and is now on "indefinite hiatus."note This means that the group has no new content except voice acting for the various video games. In 2020, the group briefly became active performers again for the franchise's 9th anniversary, with a new animated music video being released and the voice actresses taking the stage yet again at Love Live! Fest in January of that year.

A second series called Love Live! Sunshine!! (ラブライブ! サンシャイン!!) started in 2015. It focuses on "Aqours" (pronounced "aqua"), a new school idol group from the remote seaside town of Uchiura, as they try to find their own radiance.

In 2017, Love Live! Nijigasaki High School Idol Club (ラブライブ！虹ヶ咲学園スクールアイドル同好会)note previously known as Love Live! Perfect Dream Project was introduced, which follows another school idol club in Odaiba. Unlike their predecessors, the club focuses more on solo acts with the members acting as both friends and rivals to each other.

In 2020, a fourth series was announced called Love Live! Superstar!! (ラブライブ！スーパースター!!). Set in the areas of Omotesando, Harajuku and Aoyama, it features "Liella!", a school idol group composed of first year students, as they attend a newly reopened school. This spin-off is notable for having an open audition to voice its lead heroine, Kanon Shibuya.

The works in this franchise so far are:

Tropes related to the franchise as a whole: