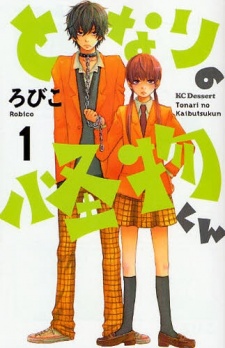 My Little Monster (Tonari no Kaibutsu-kun) is a shoujo manga series that ran in the magazine Dessert from 2008 to 2013. It was adapted into a Fall 2012 Anime by Brains Base.