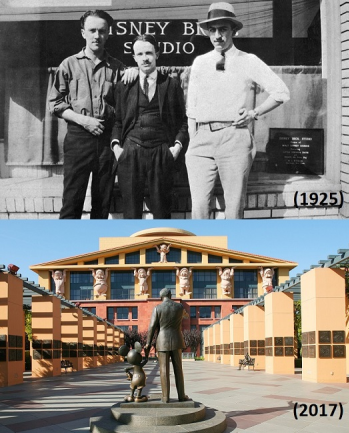 From a fledgling animation studio, to one of the world's biggest media conglomerates.
"In a World… where a bankrupt comic book company sold the film rights of its best characters for peanuts, because they thought movies would be a good way to sell more comics, a young executive will do what he can with the rejects no one wanted, and do so well they get bought out by Disney... before it was cool."
— Honest Trailers for the Marvel Cinematic Universenote except for Avengers: Endgame
Advertisement:

Works where the original was some gag idly doodled on cocktail napkins, and the "sequel" was a multi-million dollar Hollywood project.

These may be considered a Spiritual Successor, Surprisingly Improved Sequel, Adaptation Expansion or More Popular Spin-Off, and cause Adaptation Displacement or Sequel Displacement, depending on what you consider a sequel, successor, adaptation, and original. A lot of people tend to assume that It Will Never Catch On.