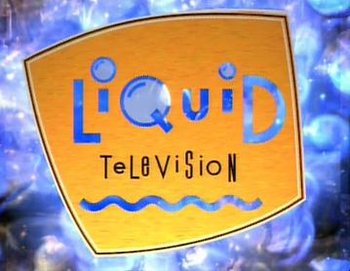 Liquid Television is an Emmy award-winning anthology animation program, produced by Colossal Pictures, that ran on MTV from 1991 to 1994, with the first season also running on BBC Two concurrently with MTV. It has served as the launching point for a number of original series that later became popular on their own, such as Beavis and Butt-Head, Æon Flux, and The Head. The bulk of Liquid Television's material was created by independent animators and artists specially for the show, and some previously produced segments were compiled from festivals such as Spike and Mike's Sick and Twisted Festival of Animation. Mark Mothersbaugh composed the show's theme music. There were also a large number of animation pieces adapted from the work of Art Spiegelman's comic compilation, RAW. RAW featured underground cartoonists such as Mark Beyer, Richard Sala, and Peter Bagge. In particular, Dog-Boy by Charles Burns was based on the artist's series from RAW.

Selected segments from the series, including the first appearances of Æon Flux, were released on two VHS tapes in the late 1990s as The Best of Liquid Television parts one and two. These tapes are long out-of-print . A collection volume, titled Wet Shorts (The Best of Liquid Television), comprising the two VHS tapes, was available on DVD but this too is out-of-print.