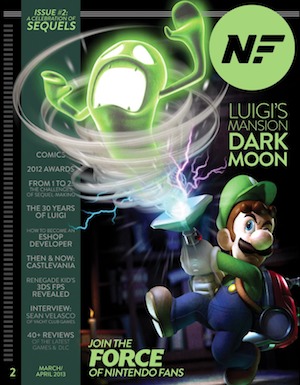 Now You're Playing With Force!
Advertisement:

After the cancellation of Nintendo Power, IGN editor Lucas Thomas wasn't happy. The magazine had been a part of his childhood, and with its cancellation, he would be unable to share it with his son.

So he decided to make a new magazine, a Spiritual Successor to Nintendo Power, but with its own identity. Enter Nintendo Force Magazine.

The magazine has an all-star lineup, including staff members from IGN, Nintendojo, Destructoid, 1UP.com, GoNintendo, the writer and founder of Brawl in the Family, and Nintendo World Report, among others.

The magazine is bimonthly and can be bought in print and digital format. Its website is here.

This magazine contains examples of: