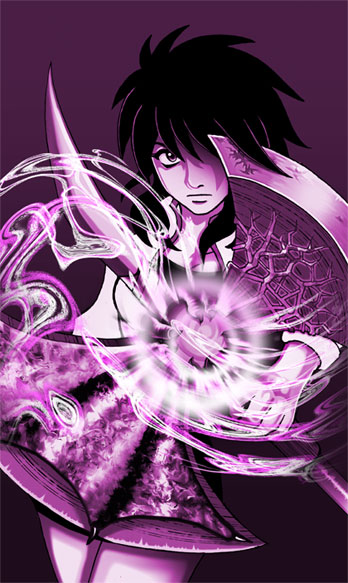 Mirra, the comic's antagonistic protagonist.
Set on the mythical world of Tienne Earth, Mortal Half

is a high-fantasy Web Comic written/illustrated by J.H. Harrington that follows the trials and tribulations of a mysterious young woman named Mirra, the bearer of a cursed blade, and the unique individuals she meets throughout the course of her adventures.