Video Game / Shining in the Darkness 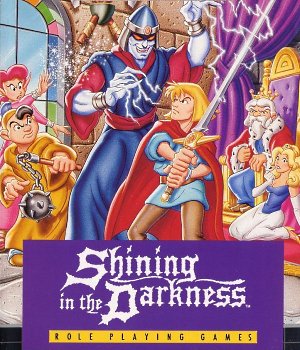 A princess has been kidnapped, and hidden away in a labyrinth filled with monsters. Fortunately, you are a brave knight, who can handle the task. Plus your father disappeared into that labyrinth, so you have both personal reasons and your duty to take on that place.

This dungeon crawler for the Sega Genesis is actually the first of the Shining Series. Even though it's of a different genre than the more famous games in the series, there was a follow-up game in the same genre: Shining the Holy Ark for the Sega Saturn.

The action is also first person in pseudo 3D, much like the dungeons games like Arcana and the first Phantasy Star.