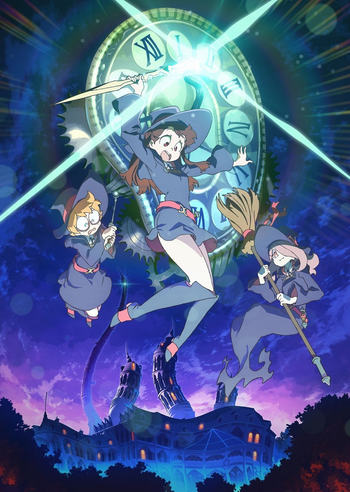 The game is an Interquel set between episodes 7 and 8 of the 2017 anime. Stuck with cleaning Luna Nova's library after getting in trouble once again, plucky teenage witch-in-training Atsuki "Akko" Kagari discovers a secret door leading to a place called the Holorogium Chamber. The next day, she realizes that unsealing the Holorogium Chamber caused the day to continuously repeat itself, so she and her friends Sucy, Lotte, Amanda, Costanze, and Jasminka, as well as her "rival", Diana must find a way to right the flow of time. In the meantime, they must also solve the Seven Wonders of Luna Nova, several mysteries surrounding the Chamber and the school at large.

There are two distinct game modes: adventure-style exploration, and an action mode where the characters explore the school's labyrinths.