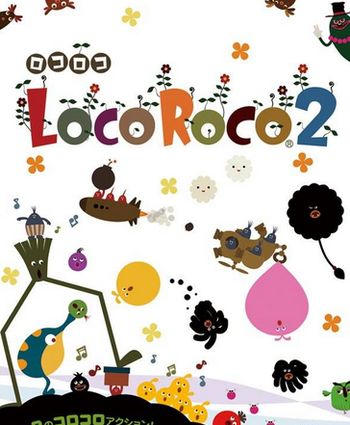 On the peaceful planet of Euphoria, the titular LocoRoco, a race of colorful blobs, spend their days singing and playing with the various creatures they coexist with. But one day, an evil legion of aliens called the Moja Troop invade Euphoria to take it over. Since the LocoRoco don't know how to fight or defend themselves, the player takes control of Euphoria itself and must tilt and shake the planet to move the LocoRoco around and help them the vanquish the Moja Troop.

Aside from having an original concept, the game was a massive hit in US and is probably the cutest game in all of existence. Also includes tons of ear worms. Made by SIE Japan Studio.