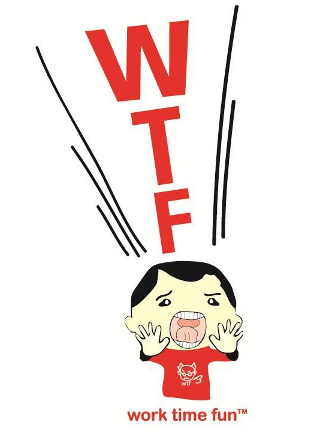 Ever felt like your job was hell? Work Time Fun has that topped, as you literally are taking jobs in Hell.
Advertisement:

A PSP-based collection of largely unrelated games with a hint of classic gaming flavor and some fun jabs at gaming standards, Work Time Fun was passed up for a US release initially when Sony published it as Baito Hell in Japan (which means Part-Time Hell in a German/Japanese/English play on words). We eventually got it outside of Japan when D3 released it in the US on UMD, and later on the PlayStation Store.

Gameplay consists of selecting one of four available "jobs" (unlocked minigames) and being paid in-game money based on performance. The paychecks can then be spent at the various capsule machines to try to unlock more jobs, trinkets (useless collectibles), and tools, utilities built into the game like a calculator or a ramen timer. The player will also occasionally receive messages providing tips, titles, or just bizarre flavor.