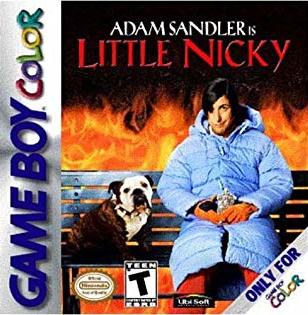 A Platform Game developed by Digital Eclipse based on the Adam Sandler film, released alongside it in 2000 for the Game Boy Color.

There, you'll control the titular Nicky, the third son of Satan as he goes on his way to bring down the other two sons of Satan, who have escaped to Earth in an attempt to take it over. It consists of 23 short stages, which are mostly platforming, but are at times broken up with the boss battles or minigames.