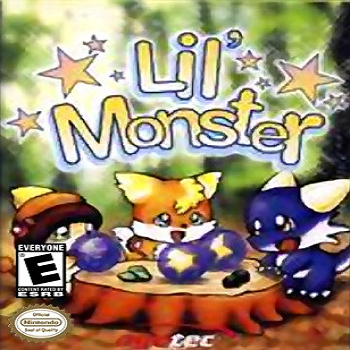 Lil Monster is an obscure Game Boy Color Eastern RPG, released in 1999. Inspired by Pokémon, you make a monster beat up other monsters with a "deck" of attacks chosen at random, in the vein of Mega Man Battle Network.
Advertisement:

While the US saw only Li'l Monster, Japan had two entries in the franchise—this game, known as Gem Gem Monster there, and a prequel called Kandume Monster ("Canned Monster").