Video Game / Lords of the Fallen 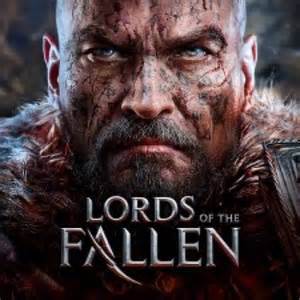 Developed by German developer Deck13 and Polish developer CI Games, Lords of the Fallen is a third-person fantasy action game released in 2014.

Taking direct inspiration from FromSoftware's Souls Series (and Dark Souls in particular), Lords of the Fallen encourages players to learn enemy tells, time your attacks, and draw out opponents one at a time. It also shares similar mechanics to the Souls games, including rewarding the player for avoiding death and limiting healing.

The story follows a prisoner named Harken, conscripted as a soldier by the monk Kaslo. Kaslo leads Harken to Keystone, a monastery close to a series of mountain ranges that legend says is the hand of a god (specifically, the god Adyr). When they arrive, they find the monastery in ruins, invaded by demons. They begin their search for the leader of the monastery, Antanas.

Along the way, Kaslo and Harken get separated. Harken has to battle his way through Keystone, defeating the Rhogar Lords - the leaders of the demons - find out what happened to Antanas, and what precipitated the invasion in the first place.

CI Games announced on December 18, 2014 that they were developing a sequel called Lords Of The Fallen 2. Deck13 is not involved in the sequel who were developing The Surge, a sci-fi game with similar gameplay elements.