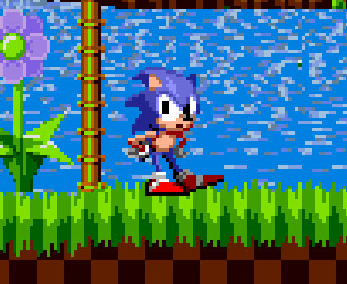 Come on, step it up! I'm waiting!
"Master? You're spacing out a little."
— Burroughs, Shin Megami Tensei IV
Advertisement:

The animation that is displayed in a videogame when a character, especially a player-controlled character, is just standing around and the player isn't pressing any buttons. A few games may do it when you pause instead. This is done because it avoids having the character stand completely still, which feels odd and creepy because it is unnatural.

Common idle animations are, but not limited to...

Like Battle Intro and Victory Pose, this can be used to help characterize the player character and may also serve as a hidden Easter Egg.

Related: Emote Animation, Taunt Button and Stop Poking Me! for similar animations that are triggered by the player. For sprites which walk all the time, even when they're not going anywhere, see Hyperactive Sprite.