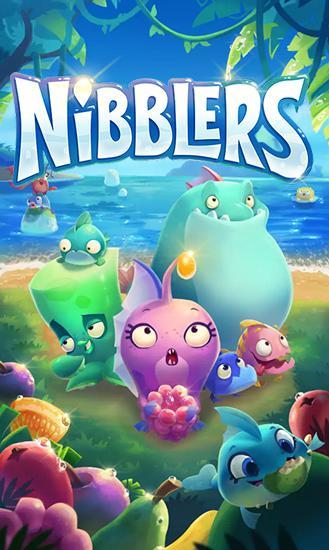 Nibblers (sometimes refered to as Fruit Nibblers) is a Match Three Puzzle Game centered around a group of sea creatures created in 2015 by Rovio Entertainment (of Angry Birds fame). As the game begins, a raspberry falls into the sea and is discovered by Coral, an angler fish. Delighted about its taste, she gathers some friends to surface onto an island, from whence the fruit came. However, inhabiting the island is a group of Lizards, who see these fish as a delectable meal.

This game is divided into various themes, with a Boss Lizard at the end of each section. Each level has set conditions that must be fulfilled before moves are exhausted.

The group of Nibblers consist of the following:

Coral: So this is our page on TV Tropes? I wonder what else is there...
Lizard: That's the spirit! Let me know once your life gets ruined. Heh heh...