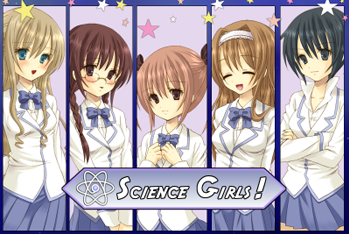 The six members of the science club have gathered to repel the alien invaders attacking their school. Hilarity Ensues.

Available at this finely crafted link