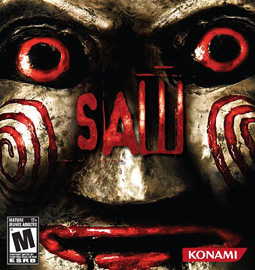 Saw: The Video Game is a horror video game based on the Saw movies, developed by Zombie Studios and published by Konami in 2009 on tandem with the release of Saw VI.

Set between Saw and Saw II, the game follows David Tapp from the first film, who has been placed in an abandoned insane asylum by Jigsaw to go through a lethal game of his own.

The game was followed by Saw II: Flesh & Blood, which was released alongside Saw 3D.