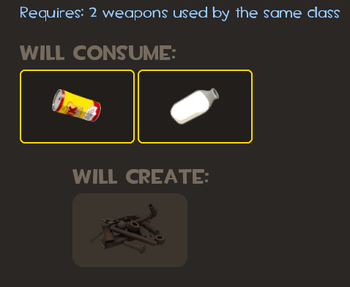 It doesn't make any sense but since it works, why not try it?
"Seems like a waste of good coffee, though."
— Lou, The Simpsons, "Skinner's Sense of Snow"
Advertisement:

Maybe they're using it as a weapon. Perhaps the enemy can be killed from being soaked (see Kill It with Water if it's water) or just hates getting wet, or maybe a burst of soda is used to knock someone over.

They could also be using it to wash something, maybe even to wash themselves. Bathing in alcohol might suggest someone is The Alcoholic or very rich. They might also be using the drink to "christen" something or give it a libation.

In cowboy movies, bottles might be thrown over people's heads during a Bar Brawl unless the bartender has hidden the breakables.

And, of course, a drink could come in handy in putting out a fire— unless it's very strong alcohol, which would make it worse. Water bottles and glasses are also useful to use as emergency fish tanks for when a goldfish is in peril.

However, these are just some of many uses. Any use of a beverage besides drinking fits here. Important: Only include water if it was already intended for drinking (e.g. in a glass, a drinking fountain, etc). Alcohol is Gasoline, Drench Celebration, and Heal It with Booze are subtropes. Can overlap with Booze Flamethrower, Intentional Mess Making, and Water Guns and Balloons. Compare Grievous Bottley Harm, Molotov Cocktail, and Unconventional Food Usage. Tomato Skunk Stink Cure falls into this trope if it's tomato juice, but under Unconventional Food Usage if it's tomato soup. Can overlap with Gargle Blaster if used as a weapon.